your shopping cart is empty 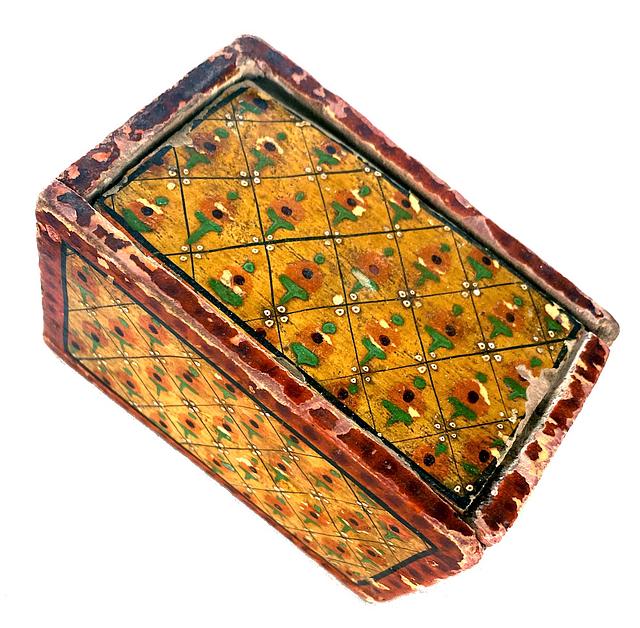 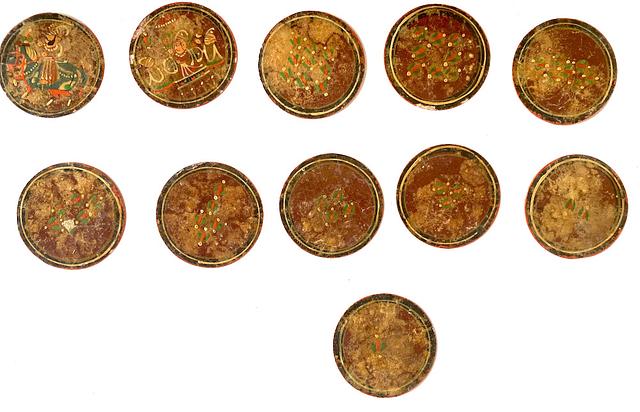 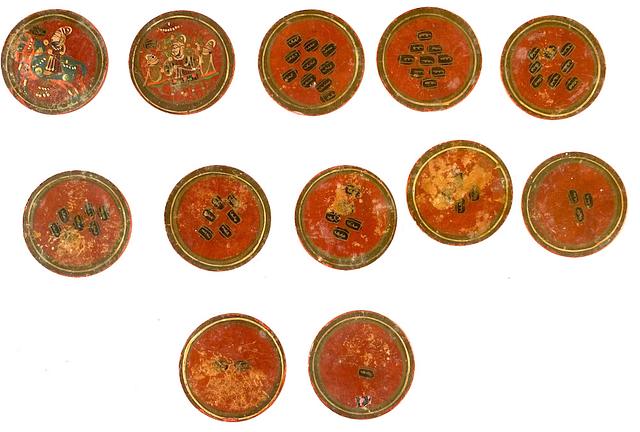 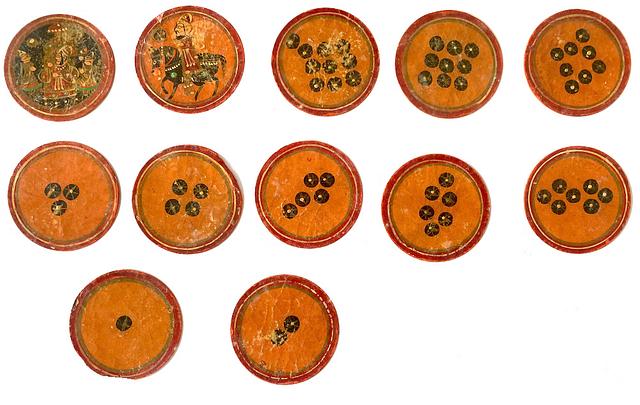 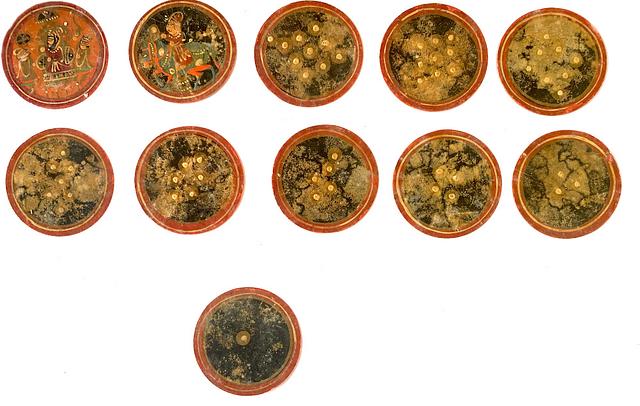 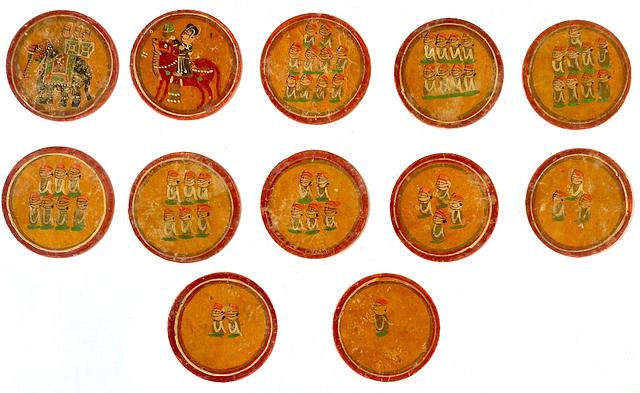 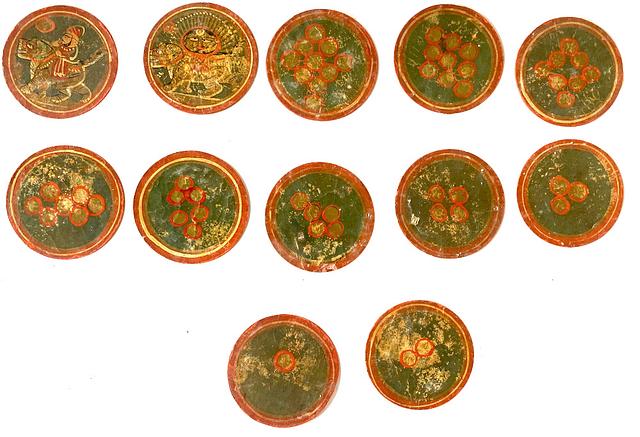 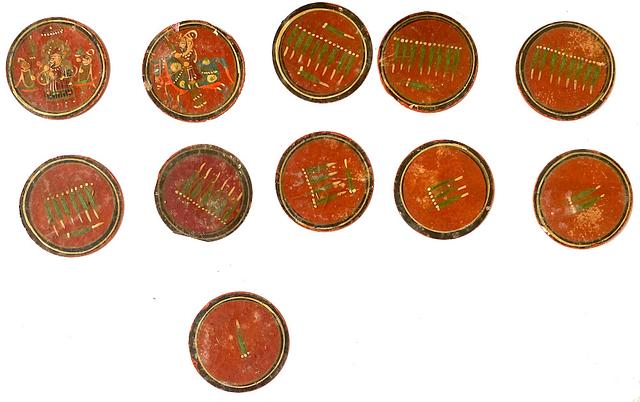 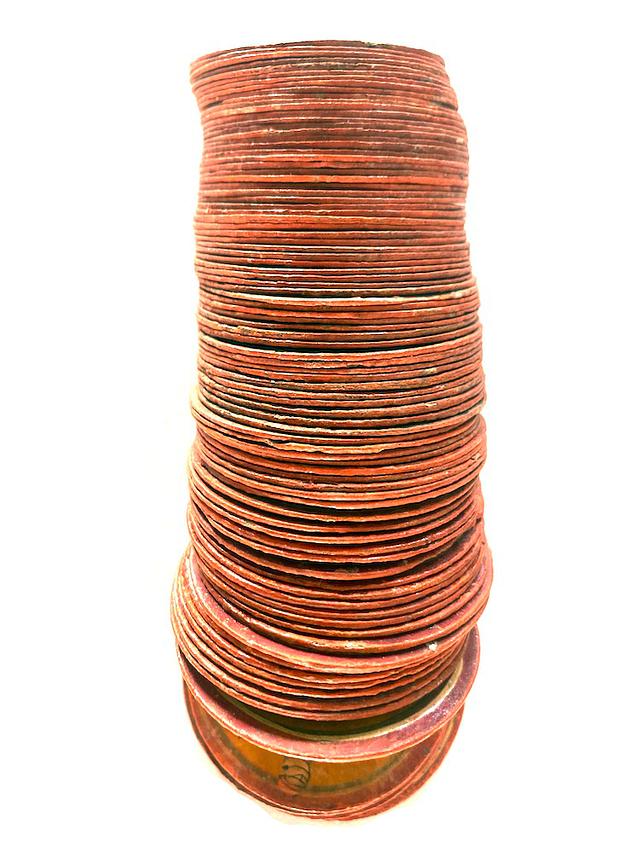 Scholars have long speculated that a version of the playing cards we know today may have originated in China and travelled Westwards with the Mongol invasions. Along the way it is surmised that such games were adapted to suit the cultures into which they were introduced. It is known that such card games reached Iran, Mamluk Egypt and Syria at the start of the 14th Century. The Venetians, in turn, learned of cards via the saracens and took the games to Europe. Such is the basic history of the transmission of the game to the Western World. During this journey the game of cards took a left turn into India.

Rudolf von Leyden (1908-1983) suggested that the ganjifa cards may have been brought to India by the first Mughals from their ancestral homeland in Inner Asia. When English Ambassador Edward Terry, author of "A Voyage to East-India" visited in the first quarter of the seventeenth century, he saw ganjifa cards often. Modern ganjifa is usually round but rectangular cards were more common during the 18th-century and from records Persian cards were always rectangular. The circular shape of ganjifa was perhaps therefore an Indian innovation.

Here we have a small, hand-painted box measuring 100mm long by 60mm high and 50mm deep. The colourful abstract design within the cross hatching resembles a poppy but might be related to motifs involved in the suits of the contents: 92 (of an original 96) distinct hand-painted discs about 45mm in diameter, plainly painted verso and forming eight families of a dozen. What an incredible survivor! Any pack of used cards has to be tough to endure. Think about it: constantly handled, bent, torn, folded, tossed about, rubbed against one another, doubtless used in proximity to food and drink.... Totally ephemeral.

Strikingly similar exhibits within the collections of the Ashmolean Museum in Oxford are identified as Mughal Ganjifa from Rajasthan dating to the 1790s. There is another example in the Fournier de Naipes Museum in Spain where even the box has the same colour and the card themselves, brighter and in better condition could easily have come from the same workshop! It has been confirmed that this “set is probably 19th century, and from Rajasthan.”

As has been noted above, the set I acquired is sadly four cards short. It is exceedingly rare to find a full deck for reasons already stated and many individual or small groups of cards appear for sale all the time for surprisingly large sums. Each deck would have originally comprised 96 cards with 8 suits of 12 cards each. Each suit was based on an aspect of life within the Mughal court and there were four ‘strong suits’ and four ‘weak’ suits. The ‘strong’ suits (Bishbar) were Taj (Crowns or flowers), Safed (Silver Coins), Shamsher (Swords) and Ghulam (Servants). The ‘weak’ (Kambar) suits were Chang (Harps), Surkh (Gold Coins), Barat (Bill of Exchange) and Qimash (Packaged Merchandise). These Mughal suits are variously described elsewhere as slightly different things and within other forms of ganjifa the iconography can be completely different. Within each suit we have ‘pip’ cards from 1 to 10 and two ‘court’ cards: a Wazir (or Minister) and finally the Mir (or Shah). The Wazir is depicted as mounted on a horse depending upon the suit, in the Ghulam suit he rides an elephant, in the Surkh a tiger and in the Chang a camel. The Mir is depicted seated on a canopied throne flanked by servants or bodyguards. The obverse of all the cards is the same: a simple red field inscribed with a gold circle. 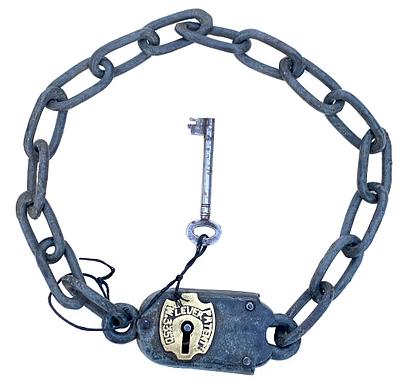 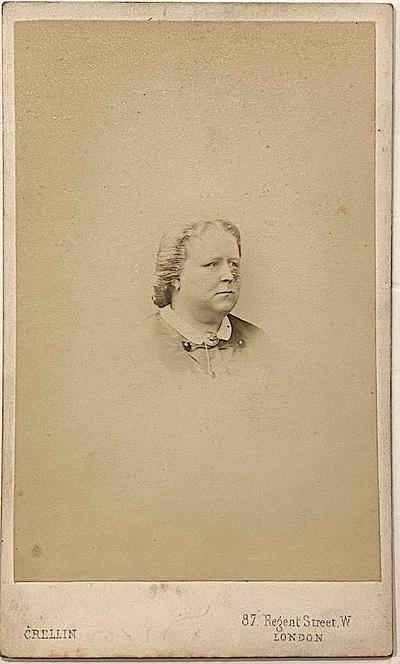 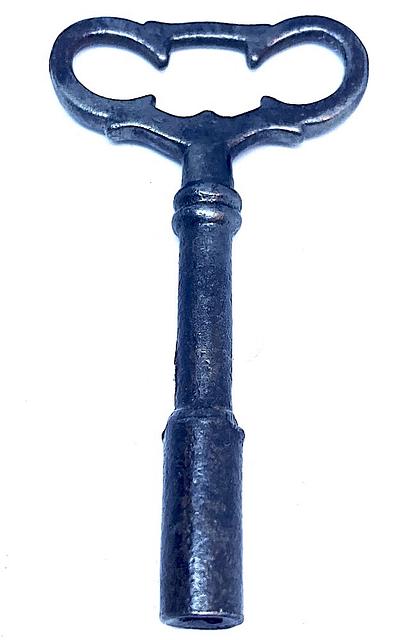 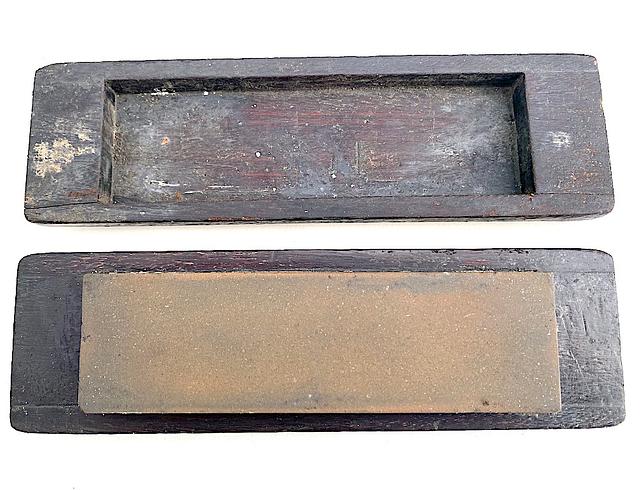 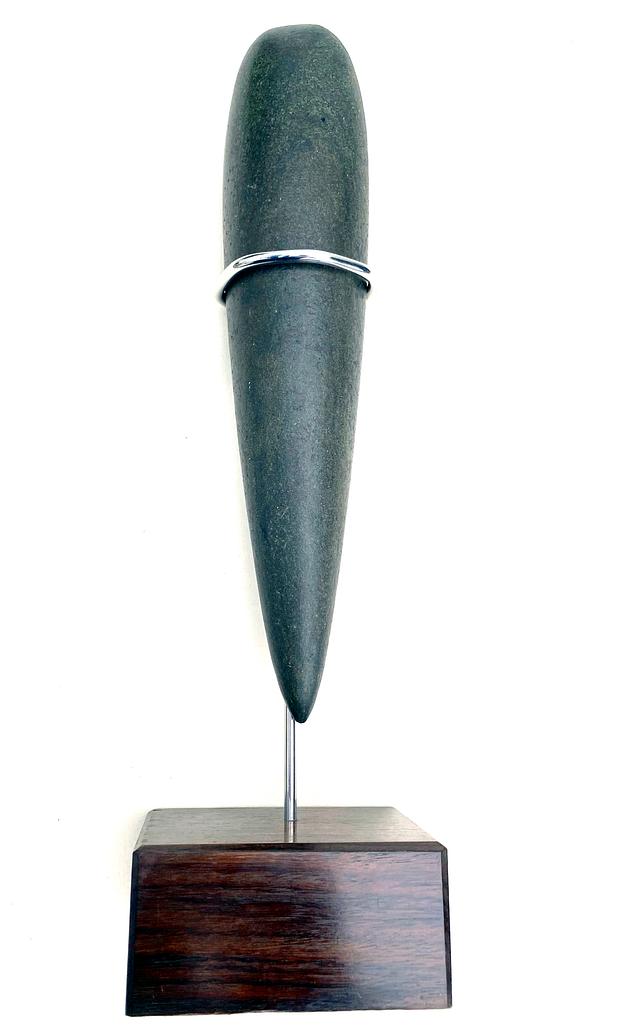 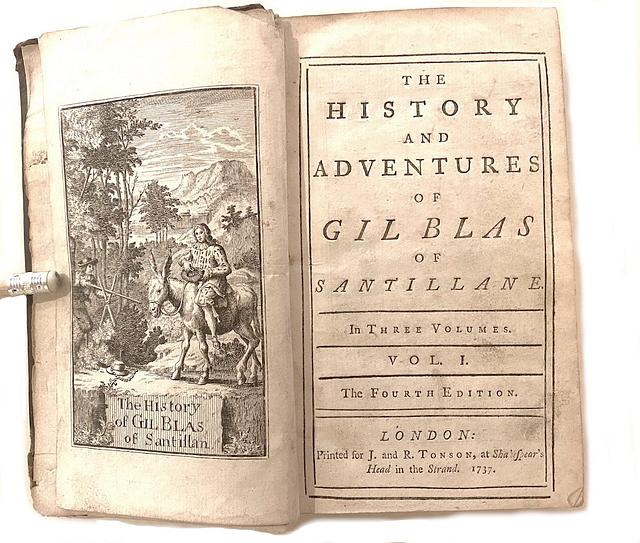